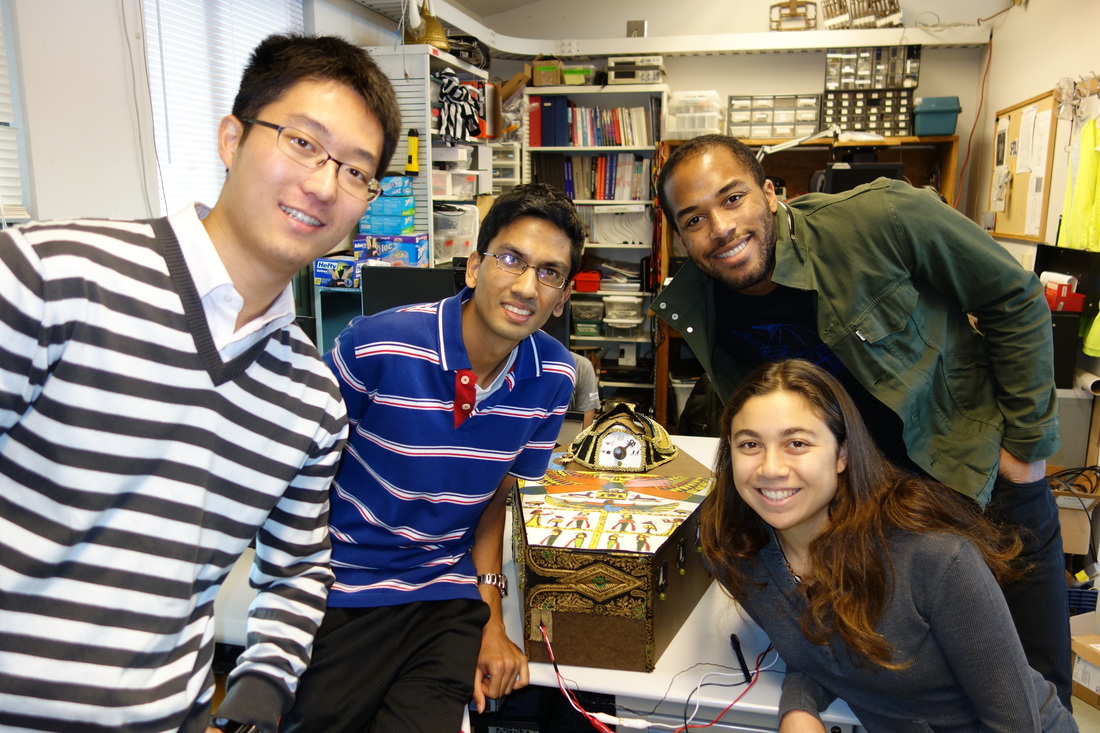 "The Sarcophagus of DrEd" was inspired by King Tut's sarcophagus in the Louvre museum in Paris, France, where DrEd has hidden a DDM as part of his plan to take over the world.  In order to thwart DrEd and disarm this DDM, two players (or Heroes) must collaborate with one another to complete a sequence of Egyptian hieroglyph-themed challenges within 60 seconds. The details of this core functionality are outlined below:
King Tut transitions through the following emotional states as players progress through the game:

These emotional states are shown below in order (from left to right):

A timer controlled by a servo-motor depicts a fuse burning closer and closer to a bomb. Players lose if they do not successfully disarm the bomb in 60 seconds, when the spark reaches the bomb. 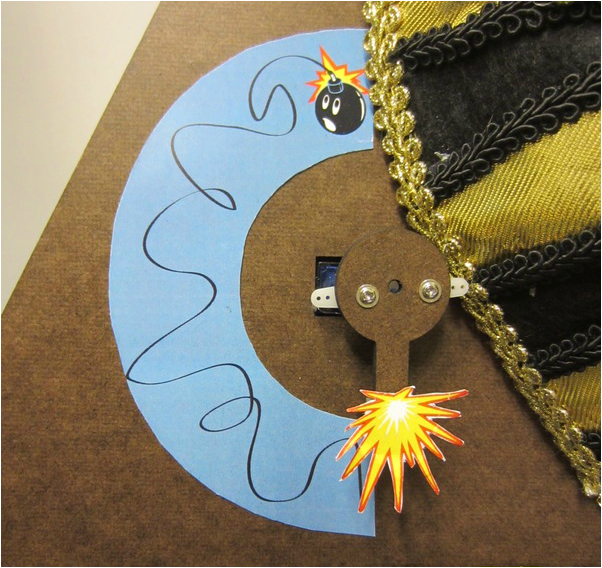 Interaction 1
Players must press and hold the hieroglyph button that corresponds to lit LEDs. Buttons are displayed on both sides of the sarcophagus, so two players are required to complete this challenge. The buttons include vibration motors that provide haptic feedback when pressed. 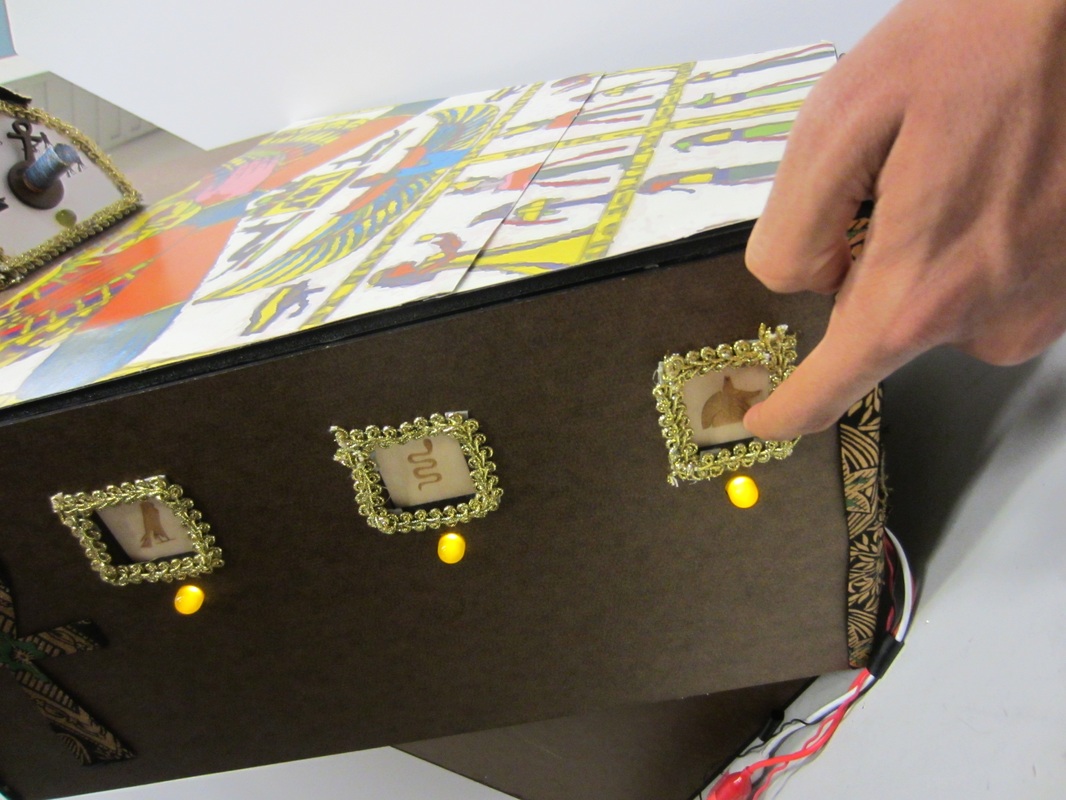 Interaction 2
Once the correct combination of buttons is pressed, the players must twist King Tut's beard (an analog potentiometer)
so that it points to the pair of hieroglyphs they are pressing. 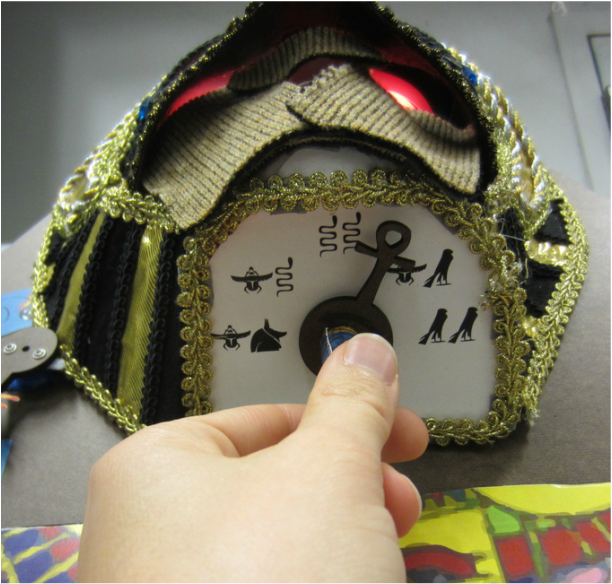 If the hieroglyph game is won three times, King Tut's sarcophagus will automatically open using a DC gear motor, linkage, and hinged door, as shown below: 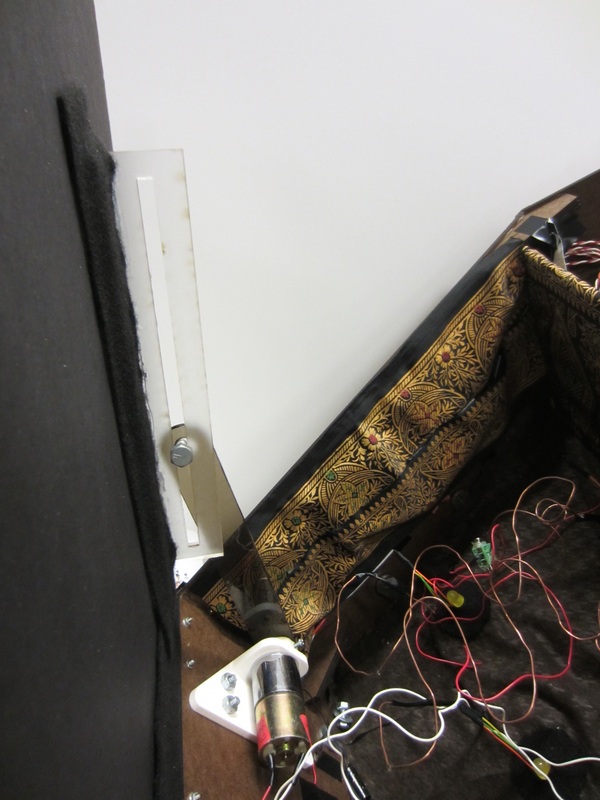 Interaction 3
Both players must navigate their copper loops through the snake hieroglyph. Contact between the loop and hieroglyph results in a game reset for both players. 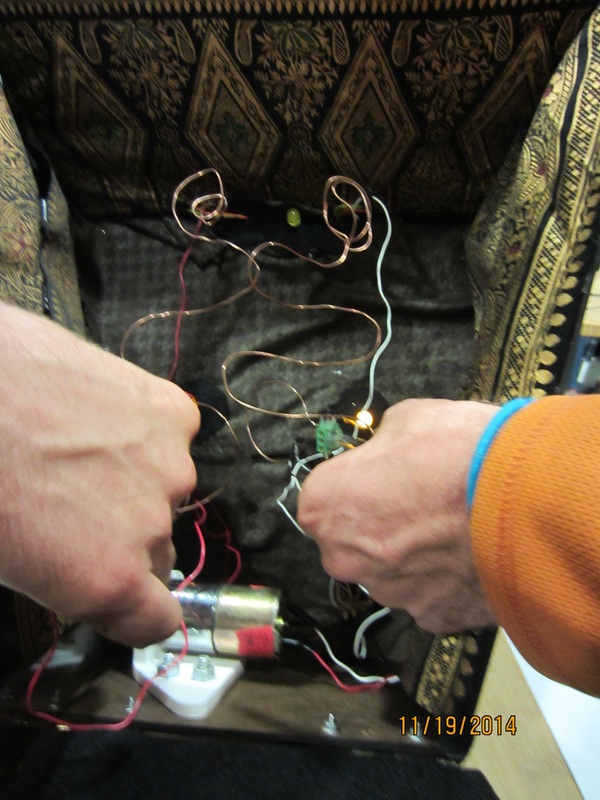 Players must align the magnets on their loops with Hall effect sensors after they have successfully navigated the snake hieroglyph. If this game is won, the DDM is disARMed and the players may rejoice! 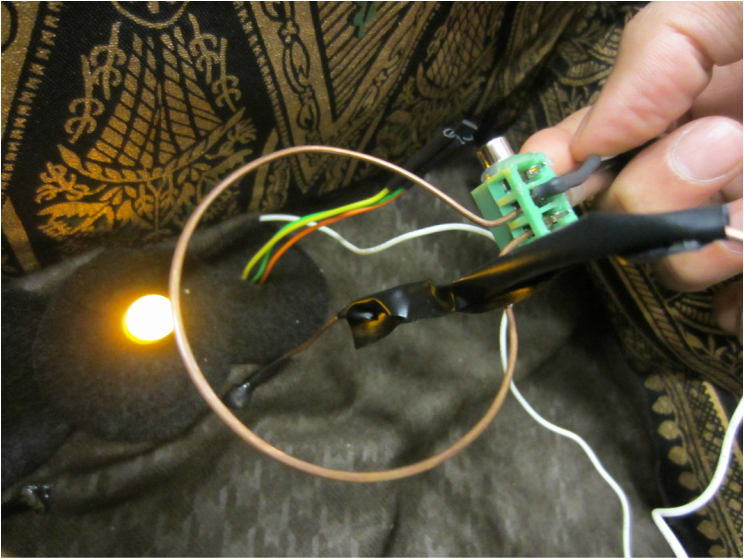